Editing Images in the Block Editor

As most people that follow core development already know, a new feature in WordPress 5.5 is editing of images right in the block editor.

The new image editor looks a lot better and is much easier to use. It comes with several presets allowing the users to quickly adjust the aspect ratio, zoom level, and position. 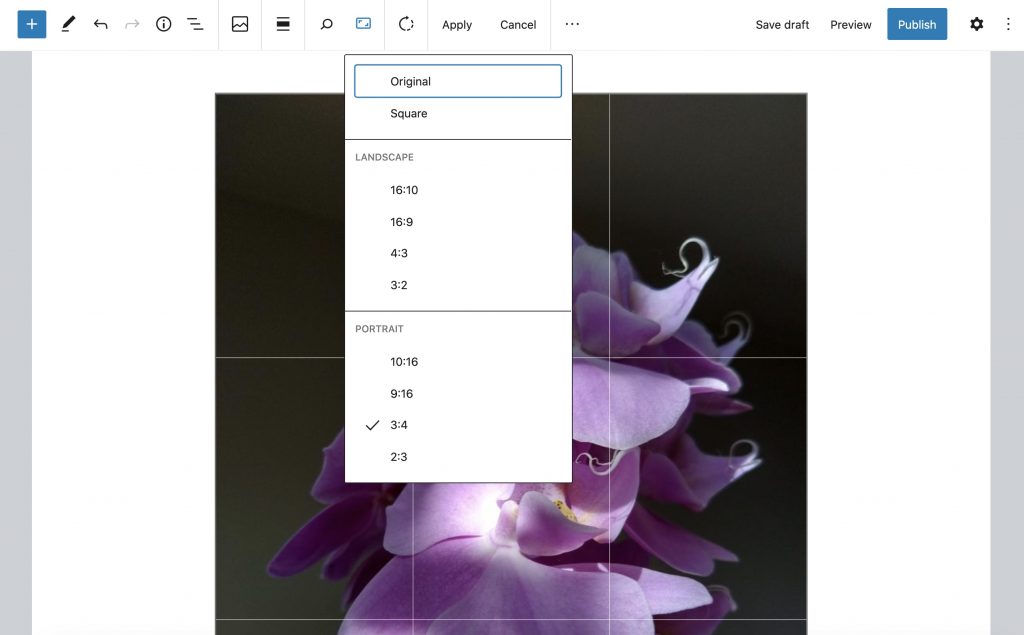 There are two notable changes:

Image editing is done through the REST API. The new functionality is in