Decision Time: What Block Patterns Should Ship With WordPress 5.5? 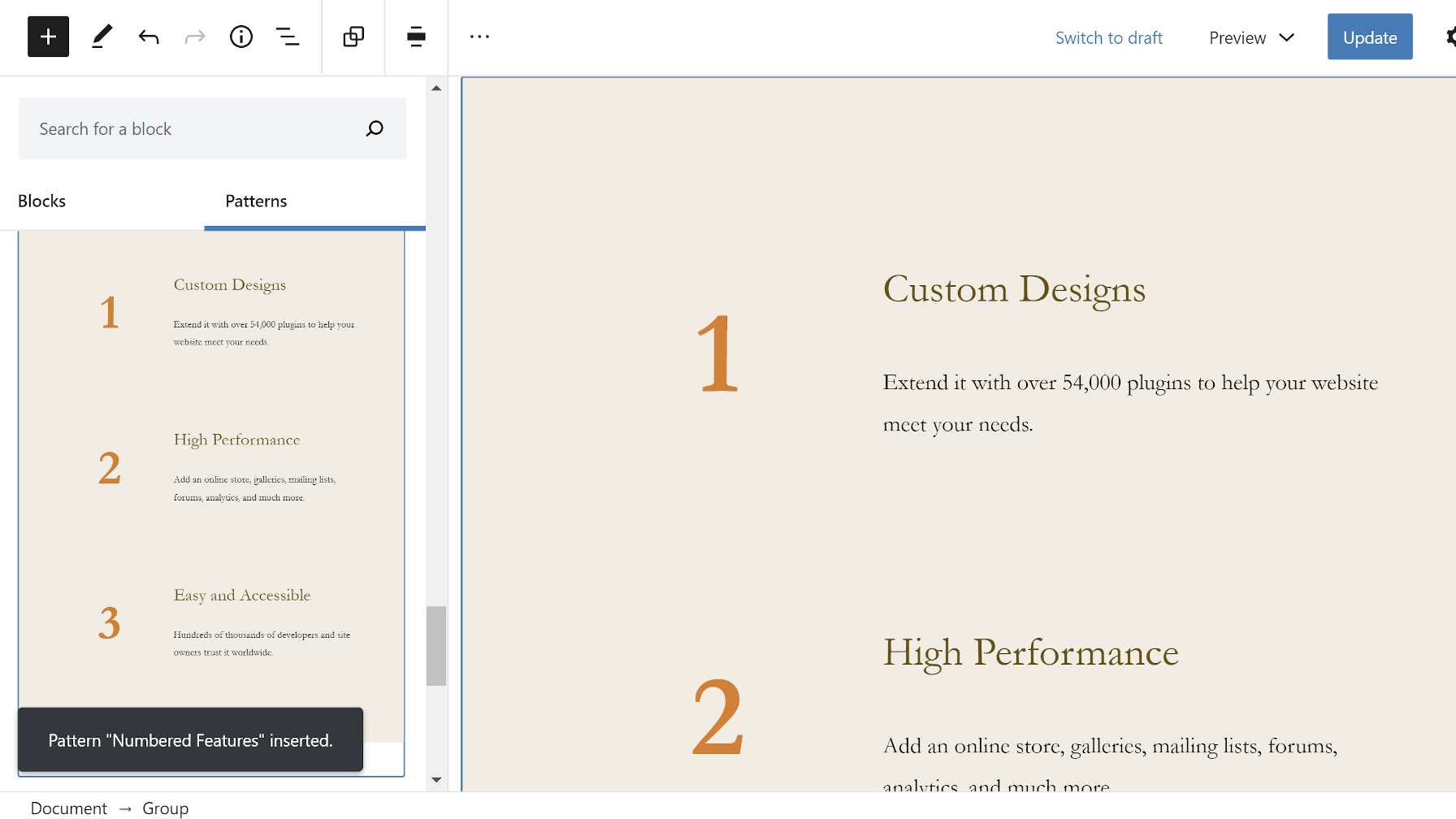 Inserting the Numbered Features block pattern into the editor.

The first beta release of WordPress 5.5 is mere days away. This test release is expected to ship on July 7, and it carries with it a slew of new features that have primarily been developed between Gutenberg 7.6 and 8.5. One of the more pressing decisions the development team has to make is which block patterns to include in the final release.